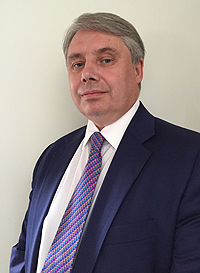 Bob Hymas has worked with pension schemes for nearly twenty years. He currently has two appointments with BESTrustees, one to a scheme with assets of less than £100m and the other to a scheme with in excess of £1 billion of assets. Bob is chairman of the smaller scheme and on the larger he sits on the Investment Committee and the Administration and Discretionary Benefits Committee.

As well as fulfilling a trustee role, he has been a pension scheme adviser and auditor. For the last five years he has held senior positions with the Merchant Navy Officers Pension Fund (MNOPF). Most recently, he was Chief Financial Officer and was closely involved in a £650m buy-in transaction, a £1.2bn buy-out and wind-up and a £1.5bn longevity hedge.

An important part of his MNOPF role was to engage with employers to negotiate mutually acceptable deficit recovery arrangements with a variety of security and guarantee structures. Bob has also represented the MNOPF Trustee in dealings with advisers and the review of services provided. A strong focus on value for money and strong relationships are a key feature of his approach to working with advisers.

As a Chartered Accountant he has a strong understanding of pension scheme finance and in particular investment reporting and analysis. This extends to strong governance processes, the role of the audit committee and efficient and effective meetings. Bob also takes a proportionate approach to effective VAT and tax management.

During his time as a pension scheme auditor, Bob engaged with the Pensions Regulator, especially in relation to the auditor’s responsibilities on data quality. He also worked with the trustees and advisers of schemes entering the Pension Protection Fund.

Bob is a member of the Association of Professional Pensions Trustees, holds the PMI Award in Pension Trusteeship and he has held a variety of roles within the pensions industry. He is the immediate past chairman of the Pensions Research Accountants Group where he is still a director and is a member of the Institute of Chartered Accountants in England and Wales’ Pensions Sub-Committee.