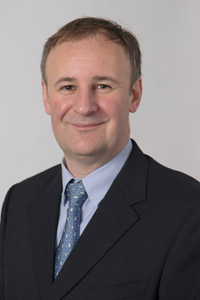 Andy Boorman joined BESTrustees in 2014 and was appointed to the Board in July 2019.  He was formerly the Group HR and Corporate Services Director for the global fund management company, Henderson Group Plc.

Andy has considerable knowledge of pensions, both DB/DC and SIPPs, in a variety of roles: as a principal employer, as the manager of in-house pensions administration and also as a Trustee, including as a sole trustee.  He also has been involved in a number of corporate transactions.

At Henderson, Andy was a Director of Henderson Global Investors and has a deep understanding of the workings and operations of the investment management industry.

Andy has been involved in the full range of "modern" pensions management including buy-ins and buyouts, wind-ups, off shore trusts, reducing costs and restricting benefits, alternative investment approaches, as well as significant amounts of M&A activity (including cross-border) and their impacts on pensions. He is also an experienced sole trustee including taking over from experienced Trustees upon corporate activity.

Andy has been active as an employer in positioning pensions as an integral part of the reward and remuneration package, ensuring proper governance and high standards of communications between employer, employees and trustees.

Prior to his 15 years at Henderson, Andy was with J Sainsbury Plc for 12 years in a variety of roles including store manager.